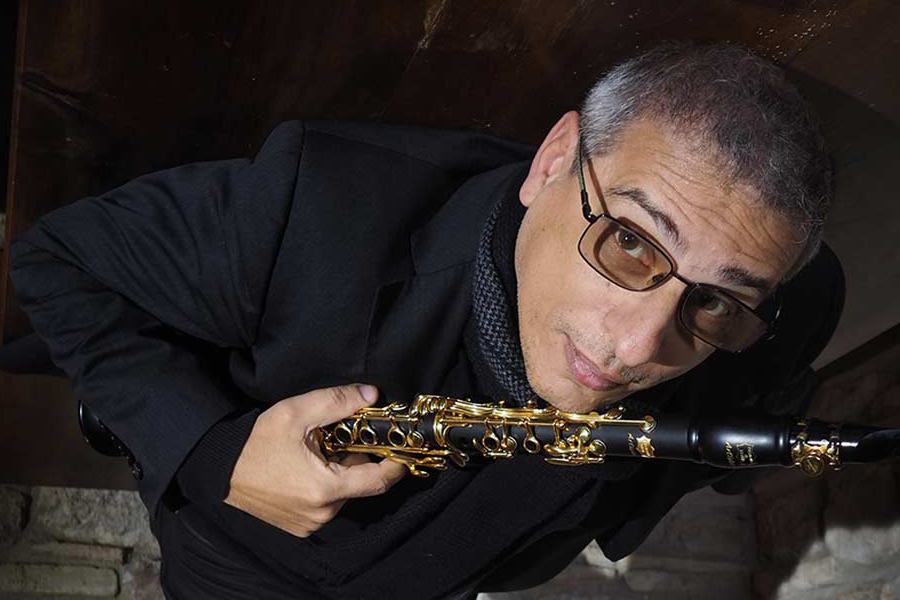 Italian clarinetist Gabriele Mirabassi was born in Perugia and studied both modern classical music and jazz improvisation at the prestigious Morlacchi Conservatory, from which he graduated in 1986.
At first, he focused on performing modern compositions under the direction of figures like John Cage and Gunther Schuller, among many others. However, in 1992, he cut the jazz-oriented recording Coloriage with accordionist Richard Galliano, which helped make a name for him on the European jazz scene. Eventually, Mirabassi chose to focus solely on jazz; he went on to perform at numerous high-profile jazz events in Europe and beyond, and began recording regularly for Egea in the mid-’90s. 1995’s Fiabe was a duo outing with pianist Stefano Battaglia, and the 1996 quartet session Come Una Volta helped him win an Italian award as the year’s top new talent. 1997’s Cambaluc was a larger-scale outing that teamed him with Galliano, his brother Giovanni on piano, guitarist Battista Lena, organist Riccardo Tesi, and the Namaste Clarinet Quartet. Mirabassi teamed with guitarist Sergio Assad for the 1999 duets album Velho Retrato, and formed a regular trio with accordionist Luciano Biondi and tuba player Michel Godard. This lineup dominated 2000’s acclaimed Lo Stortino; the same year, Mirabassi recorded Luna Park with a horn-heavy sextet. 2001’s 1 – 0 augmented the trio with mandolin player Patrick Vaillant, and Mirabassi also recorded with Rabih Abou-Khalil that year.