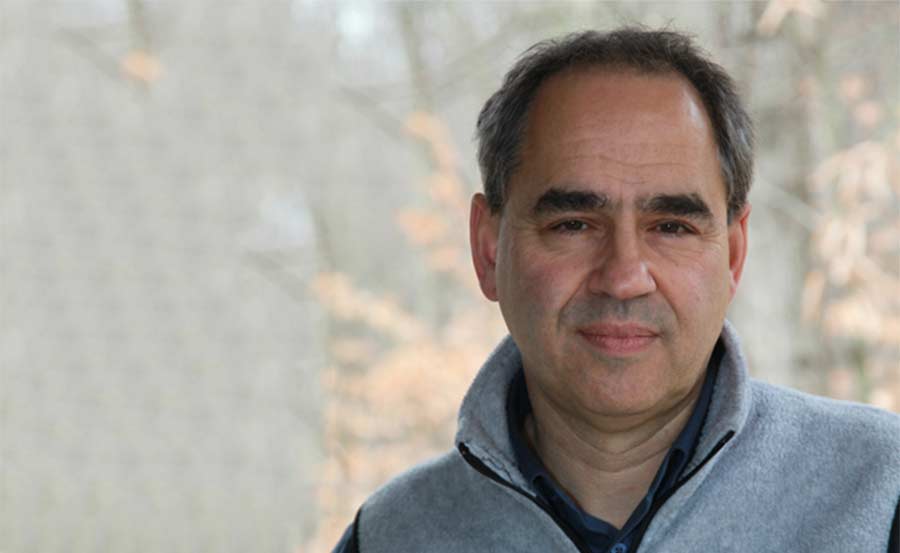 Joel Hoffman’s music draws from such diverse sources as Eastern European folk musics, Chinese traditional music and American bebop, and is pervaded by a sense of lyricism and rhythmic vitality. A 2017 Guggenheim Fellow, Hoffman was born in Vancouver, Canada in 1953, studied at the University of Wales and completed graduate studies at the Juilliard School. Currently a resident of New York City, he was Professor of Composition at the College – Conservatory of Music / University of Cincinnati for 36 years. Hoffman spends four months each year in Beijing, where he is a guest Professor at the China Conservatory of Music.

Among many prizes and distinctions, Hoffman has received awards from the American Academy-Institute of Arts and Letters, the National Endowment for the Arts, Columbia University, BMI, ASCAP and the American Music Center. Hoffman was recently named as a 2017 Guggenheim Fellow. He has been Composer-in-Residence with the Buffalo Philharmonic and the National Philharmonic in Washington. He has been awarded residencies at the Rockefeller, Camargo and Hindemith Foundations, the MacDowell Colony, Yaddo and the Copland House. As pianist, he has appeared as soloist with the Chicago Symphony, Belgian Radio/T.V. Orchestra, the Costa Rica National Symphony and the Florida Orchestra among others.

Hoffman has been commissioned by dozens of individuals and organizations including the Tanglewood Music Festival, the Fromm Foundation, the Washington Camerata, the American Harp Society, the Eastman School of Music, the Taipei Chinese Orchestra, the Beijing Bamboo Flute Orchestra, Kaleidoscope, DecaCelli, the Cincinnati Symphony Orchestra, Caramoor, Bargemusic, the International Viola Congress, the Irving Klein String Competition, the Prince William Symphony Orchestra and RAI Com (Rome). Hoffman’s music is regularly heard in Europe, China and North America at festivals such as St. Nazaire (France), Great Lakes, Caramoor, Newport, La Jolla and Chamber Music Northwest (US), Portogruaro (Italy) and Korsholm (Finland), and in venues such as the Southbank Centre in London, the City Hall in Hong Kong and the National Center for the Performing Arts in Beijing.  Joel Hoffman’s music is published by Onibatan Music, RAI Trade, E.C. Schirmer, G. Schirmer and Lyra Music. CDs can be found on the Albany, CRI, Koch, Stradivarius, Centaur, EMA, Deutsche Welle, China Record Corporation and Gasparo labels.