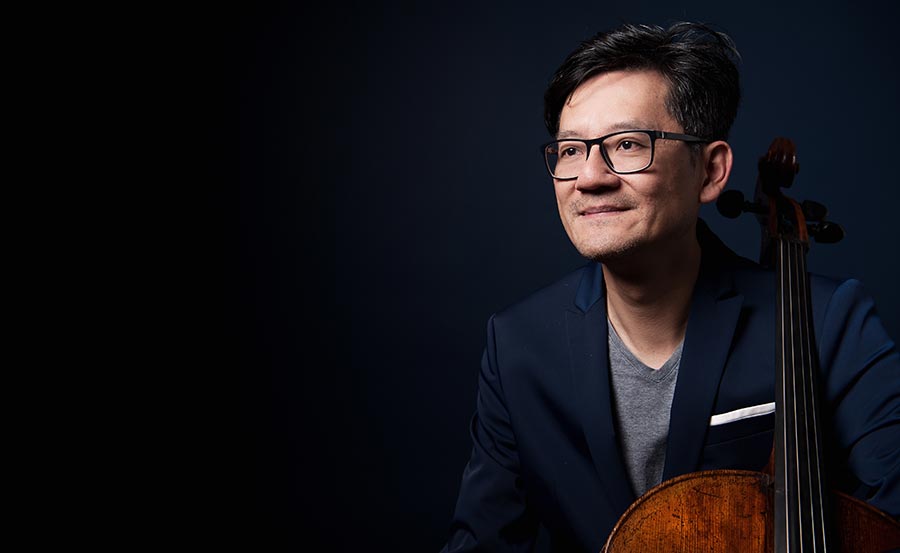 Enthusiasm for the unknown and constant research distinguishes Wen-Sinn Yang as one of the most versatile cellists of the present day. His performances not only revive the music of nineteenth-century cello virtuosos such as Adrien François Servais and Karl Yulievich Davydov, but also introduce his audiences to such modern composers as Aribert Reimann and Isang Yun. Alongside his activities as an internationally renowned soloist under conductors including Sir Colin Davis, Lorin Maazel, Mariss Jansons, Shiao-Chia Lü, Grzegorz Nowak, Daniel Klajner, Yukata Sado and Michael Hofstetter and with such orchestras as the Bavarian Radio Symphony Orchestra the Shanghai Symphony, the NHK Tokyo, the Royal Philharmonic Orchestra and the Russian State Orchestra of Moscow, Wen-Sinn Yang is also a highly sought-after chamber music partner. His mastery and technical skill is not only strongly expressive but also particularly sensitive, which continues to open up ever-new listening perspectives.

Yang has been Professor of Violoncello at the Academy of Music and Theatre in Munich since 2004 and also regularly conducts international master courses. During the 2016/17 season, he will be Artist-in-Residence with the Taiwan Philharmonic, the National Symphony Orchestra in Taipeh. Wen-Sinn Yang’s wide-ranging repertoire is documented on more than 30 CDs. These include not only the principal works for violoncello by Boccherini, Haydn, Beethoven, Schubert, Saint-Saens, Lalo, Tchaikovsky and Dvořák, but also compositions by Henri Vieuxtemps, Frank Martin, Leonid Sabaneev and Sofia Gubaidulina. Many of these are distinguished as premiere recordings. Yang, in cooperation with Bavarian Television, recorded the six solo suites of J.S. Bach in 2005. This DVD, released by Arthaus, was praised by critics for its profound awareness of historically informed interpretation performed on modern instruments.